What Does Made in America Really Mean? 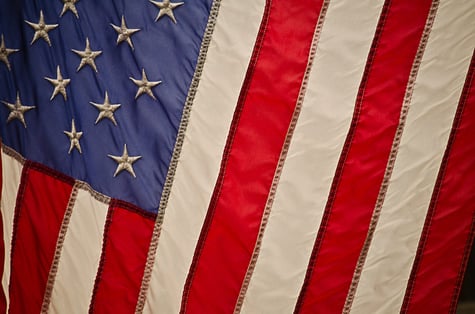 The words "Made in America" are more than a marketing slogan. When you see "Made in America" or "Made in USA," you are actually looking at a legal phrasing that is regulated by the Federal Trade Commission (FTC). As the entity that is tasked with preventing unfair market practices, the FTC closely monitors the use of "Made in America."

The standard agreed to in December of 1997 remains the current standard that products must meet before they can slap on a "Made in USA" tag - "all" or "virtually all" of the product must be manufactured in the United States. This is known as a US Origin Claim.

Which products are held to the US Origin Claim standard?

Are there different types of claims?

There are actually two major types of claims – implied and express. An implied claim is made if a product gives an impression through its promotional materials, advertising and labeling that it is made in the United States. For example, clothing with the American flag on it may fall under the auspices of an implied claim. In contrast, an express claim means that a company is openly saying through its labeling or in its advertising that its product is made in the United States.

What wording is regulated by the FTC?

"Made in USA" is not the only phrasing that is regulated by the FTC. In general, any phrasing that could be interpreted as an advertisement of American-made production is regulated. If a company advertisement says that "our products are American-made," this means the same thing as "made in USA" to the FTC. A company may simply place the label "USA" on its products – the FTC retains the right to regulate this phrasing as well.

How much leeway does "virtually all" leave a product manufacturer?

According to the FTC website that gives guidance on the "made in USA" phrasing, "all or virtually all" means that the product should ideally have no foreign content in it. However, the FTC does leave itself a bit of wiggle room by saying that products with "negligible" content may use the "made in USA" label. 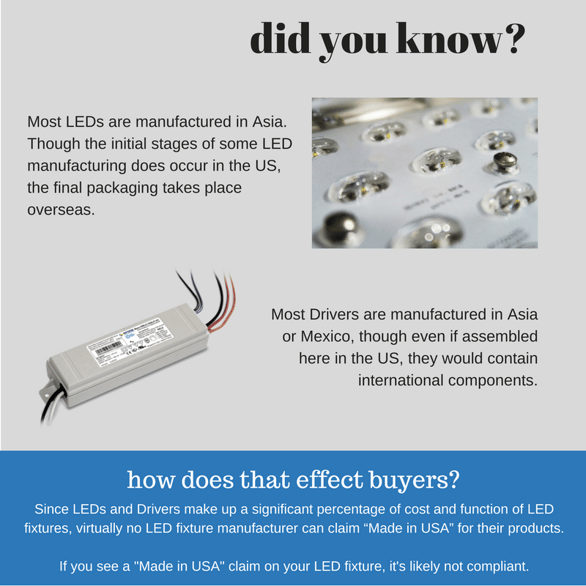 How does a company prove that a product is made in the USA?

The manufacturer is responsible for supplying a reasonable basis claim that its products were manufactured in the United States. It must bring proof that the final assembly of the product was done in America. The FTC will also consider the amount of foreign content that is in the final product.

These two phrases, when combined with a label signifying foreign production, are not considered the same as the "made in USA" phrasing. If a manufacturer specifies which aspects of the product were completed in outside countries, the FTC will conclude that consumers will be able to differentiate between those products and fully American-made products.

For more information about Made in the USA claims, please visit the FTC site.

At XtraLight, we are proud of our dedication to keeping as much of the production process in the states as possible. While a small percentage of components that go into our LED fixtures are sourced from abroad, our entire product design, fabrication, assembly, and testing process reside at our facility in Houston, TX.